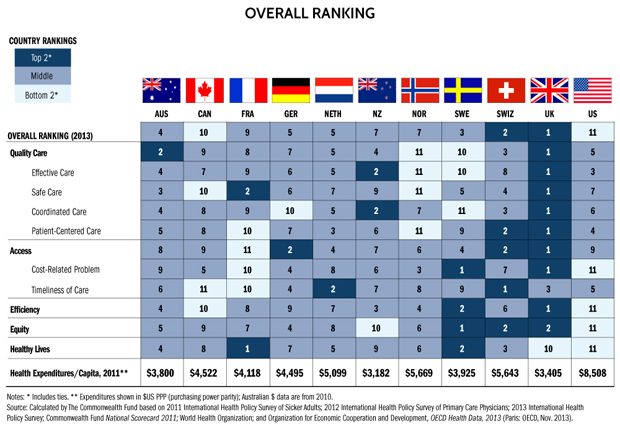 The U.S. spends more money on health care compared with other industrialized countries, but Americans still get the least bang for their buck — and many still don’t have access to care — according to a report just published by the Commonwealth Fund. The report from the private health care research foundation examined data on expenditures, delivery and access to health care services among 11 industrialized countries: Australia, Canada, France, Germany, the Netherlands, New Zealand, Norway, Sweden, Switzerland, the U.K. and the U.S.

Overall, the U.K. and Switzerland were rated highest for factors that included quality, access, efficiency and equity of health care. The U.S., Canada and France overall ranked lowest. The U.S. was found to perform worst in areas concerning cost of care, efficiency, equity and overall health of its citizens, even though health care expenditures were highest per capita compared with the other 10 countries in the report.

This site uses Akismet to reduce spam. Learn how your comment data is processed.